This is an important day for the West Virginia Plant of Toyota as the 10 millionth unit gets under production. 1,300 team employees and local lawmakers took part in a ceremony to celebrate the landmark. Moreover, this is also the first plant outside Japan that has made 10 million units. The great workforce and strong team work are the main reasons behind this major milestone and the celebrations.

A large number of guests from the local civic and business community took part in the ceremony and the celebrations. This is really a historical day for Toyota and the president of Toyota Motor Manufacturing at West Virginia, Yoji Suzuki, really felt honoured and humbled at this proud achievement. According to Suzuki, their mission and objective had always been to support the expanding operation of the auto brand in North America and making the top quality power trains for their customers. Jay Rockefeller, the U.S. Senator, too was a part of the celebration, thus making the day even more special.

The team members of TMMWV are focused, hard working and committed on offering continuous improvement in their products that is second to none. West Virginia will always remain a major symbol of Toyota’s efforts and its interest in localizing production in North America Every 20 seconds; you will find a Toyota vehicle, carrying a TMMWV power train product, getting ready to hit the roads from a North American assembly line. The complete productivity of all engines that are made at TMMWV crosses well over 1 billion horsepower. 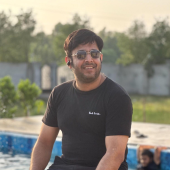