Almost everyone is probably aware of the rise of hybrid vehicles and many are now coming onto the used market. Sales of electric vehicles (EVs) too are rising and, according to the BBC, the market has increased by a factor of 25 in the three years to 2014. This is impressive but the numbers are still so small that they make little impact on the overall car market. Despite a serious amount of investment, the problems of EVs remain the same: range is limited to around 100 miles and recharging times are long. EVs are also expensive and are only selling at a competitive price due to the Government’s £5,000 grant. Are there then other alternative fuels that may catch on?

One of the problems with fossil fuels is that they represent a fixed and declining energy source. Biofuels are different in that they can be grown from crops like sugar cane or corn. The greenest biofuels are also reused, starting life as vegetable oils or fats used in cooking. They are sustainable but still result in the same sort of emissions as do other hydrocarbon based fuels. Using crops to produce biofuels could also impact food production.

The hydrogen fuel cell represents one of the most promising alternative fuels. Hydrogen is the most abundant element in the universe and is almost inexhaustible. Used in a fuel cell, the element overcomes the limitations of electric batteries. It has a range that is similar to traditionally fuelled cars and can be refuelled at pumps in much the same time as petrol or diesel cars. The limitations are the cost of such cars and the present absence of a hydrogen infrastructure. You are therefore unlikely to see many used cars in Sheffield powered by fuel cells in the near future.

Many of the original cars were steam driven but these were replaced by the internal combustion engine, which was more efficient and cheaper. With rising fuel cost and depleting oil reserves, however, some manufacturers are looking again at the technology. The by-product of the steam engine is simply water vapour but it does require a heat source, and potentially therefore a pollution source, to create the steam and power the engine.

Compressed air can be used in an internal combustion engine to replace petrol and drive pistons. The air would have to be stored in a pressurised tank and produces zero exhaust emissions but that air requires energy to be compressed in the first place in a process that, again, is potentially polluting. Tata has proposed mass-producing such cars but there are unlikely to be any models for sale at www.thecarpeople.co.uk anytime soon.

Much like compressed air, liquid nitrogen can be kept in a pressurised tank then heated to expand into a high pressure gas, which can then be used to drive a rotary engine or drive a piston in a more traditional power plant. Nitrogen is plentiful and because it is non-flammable, it is also reasonably safe. Again, however, it requires power and hence a potential polluting process to produce. 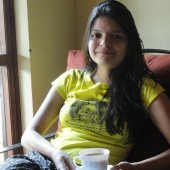 Essential Checks to Keep Your Car in Good Condition

Are Autonomous Vehicles The Answer To A Safer Industry?