The Jaguar F-Type R Coupe, which is widely considered to be one of the best Jaguars of all times, has made a fascinating debut at the Raleigh Studios in Los Angeles. In the presence of a number of journalists, potential customers and celebrities, the vehicle was first shown as it was accelerating towards the audience before passing under the grandstand at a maximum speed into a tunnel, gaining immense appreciation from the viewers.

Jaguar’s Director Design, Ian Callum revealed that designing this vehicle was an extremely challenging task as a sports Coupe cannot compromise on either looks or performance. Callum is satisfied with the hard work put in by his team and hopes that the Jaguar F-Type R Coupe will gain a lot of success in different parts of the world.

One of the most attractive things about this vehicle is its 405KW/680NM 5 Liter V* supercharged engine, which allows the Jaguar F-Type R Coupe to go from zero to 100 km per hour in merely 4.2 seconds – absolutely brilliant, isn’t it. On top of that, the stunning car has the potential maximum speed of 300 km per hour.

Just like the award-winning F-Type Convertible model line-up of last year, the latest F-Type range is made up of F-Type, F-Type S and F-Type V8 S.

Let’s have a look at some attractive features of this range: 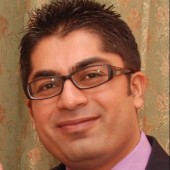